Workers Unite! (So You Can Become Capitalists)

Central States Manufacturing has been in business since 1988. The maker of metal building components and roofing materials has 550 employees in six locations across the United States.

The long but continuous move to total employee ownership has more than paid off, said John Williams, vice president of sales and marketing for Central States.

“Our company has grown dramatically over this time period,” said Williams. “In 2010, we opened our fifth manufacturing facility. In 2008, we did $165 million in sales, and this year we’ll do $270 million.”

“We have the mindset that as owners of the company, we have a stake in what’s happening,” he added. “It’s been very rewarding to see this.”

Central States is just one example of an American company that has become partially or fully owned by its workers, and the number of such companies is increasing by 10 percent or more annually.

In 1999, there were 9,400 firms with employee stock ownership plans (ESOP). Currently, there are at least 11,500 such firms with assets totaling $400 billion and employing some 13 million people, according to the National Center for Employee Ownership.

And the NCEO says the growth rate for companies setting up ESOPs—for either partial and full employee ownership—is now 10 percent or higher every year.

Portion of Workers Laid Off in Past Year (2010 Survey)

American workers owning some or all of their company is nothing new. However, a major boost to employee-ownership came from passage in 1974 of federal legislation providing special tax benefits to ESOPs—the legal structure which most firms now use for worker ownership.

Companies are usually bought by workers through the purchase of the owner’s private or public stock. A trust in the ESOP will own the stock and the debt that came with it. Funds for the company purchase come predominately from bank loans.

The ESOP trust also works as a defined contribution retirement plan—which has financial contributions from both workers and the company—that gets paid out to workers after a certain length of employment.

Those retirement plans are creating the recent push to ESOPs, said Loren Rodgers, executive director of the NCEO.

“The numbers are increasing because people are worried about their retirement,” Rodgers said. “There are tax benefits for owners to sell to their workers, and workers get good retirement packages from ESOPs as owners.”

Rodgers also said that selling to workers is up because more owners feel loyalty to the employees and the company they built—sometimes even if they take a financial loss in doing so. 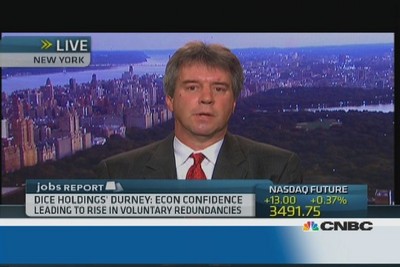 Becoming an ESOP can be somewhat complicated and costly.

“We knew nothing about the process and had to learn a lot and make some big changes to get this done,” said Ann Iseley, CFO of Boston-based JCJ Architecture, which became fully owned by its 90 employees this past January.

JCJ was founded in 1936 and has offices in New York, Phoenix, San Diego and Hartford, Conn., in addition to Boston.

Iseley said it took a lot of work to complete what turned out to be a six-year process. That included everything from evaluating the company’s worth before workers purchased it, to setting up the administration changes that are involved with ownership.

“We have to be more transparent about performance and educate our employees on what it means to be worker-owned,” Iseley said. “We have to get out financial statements and establish communication with everyone.”

It costs JCJ about $20,000 a year to keep the new worker-owned system in place, added Iseley. 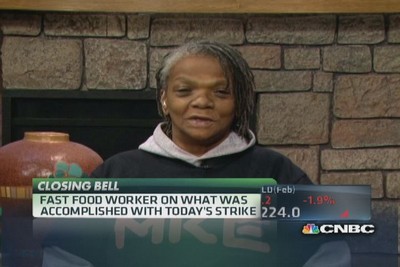 Fast-food worker: Hard to find better-paying job
Tens of thousands of fast-food workers around the U.S. are demanding a hike in the minimum wage to $15/hour. Popeye’s crew member Mary Coleman discusses the challenges of trying to get higher pay from her employer.

“They differ depending on what kind of ESOP you set up,” he said. “There’s a lot of record keeping, getting lawyers involved and keeping the accounting statements up to date. That’s why a lot of people are scared to start one.”

“Some people don’t like to get involved in the business and would just prefer to work and go home,” he said. “That includes young people who might not see the advantage of sticking around a firm that’s worker-owned.”

Williams also said one criticism of worker-owned businesses—namely, that it’s tougher to make business decisions with more people involved—has some validity to it. Central States has a board that makes final choices, he said, “but it’s good workers feel involved.”

JCJ took steps to make sure the decision-making process from before the firm was employee-owned remained intact. Like Central States, the firm depends on a board structure.

“Our governance hasn’t really changed,” said JCJ’s Iseley. “We kept agreements so that we could retain management with a board which has a president and officers to make decisions.”

If there’s one big advantage to working for an employee-owned firm, it may be job security.

According to data from the General Social Survey, some 12.1 percent of all working adult respondents in the private sector reported getting laid off in 2010. But just 2.6 percent of the people surveyed who said they were part of an ESOP were let go in the same same year.

Central States has never laid off an employee in its 25-year history, Williams said. “We have contingency plans if things go bad, but out of our list of 10 things to do, layoffs are last,” he said.

More ESOPs could be on the way. Several states, including Iowa and New Jersey, have recently passed laws or are considering legislation to make it easier to set them up, according to the NCEO. Some proposals include providing state loans for ESOPs, something Indiana already does.

Experts say that employee ownership is not a good fit for every company or worker, but many who work at such firms are glad for their situation.

“It’s hardly socialism, as many people think,” said Central States’ Williams, who worked in the aerospace industry before joining Central States in 2006. “It’s working together to make the company better. I couldn’t think of working for a firm that wasn’t employee-owned.”